This is a class for the more accomplished painters or for improvers who can work on their own most of the time.  Since it is a self-help group, members can either ask for or give advice when needed.

The Mayor of Kirklees came to the class for an informal presentation from one of its members.

The late Ken Ward presented the Mayor with his painting done in mixed media on the theme – The British Legion – which was the Mayor’s charity. 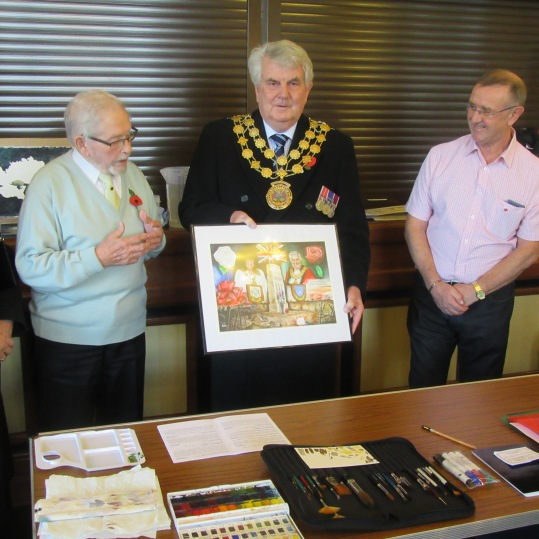 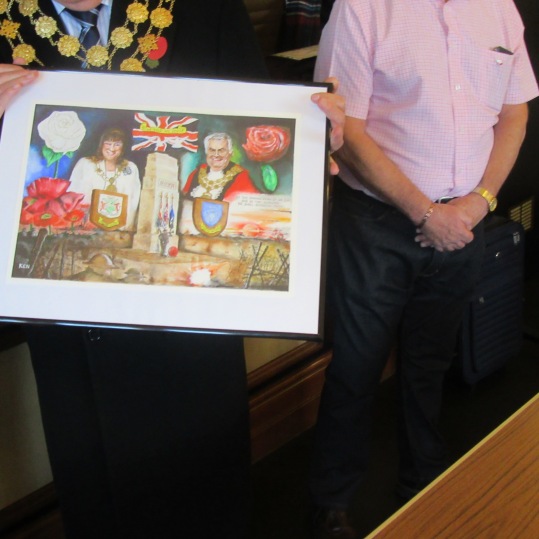 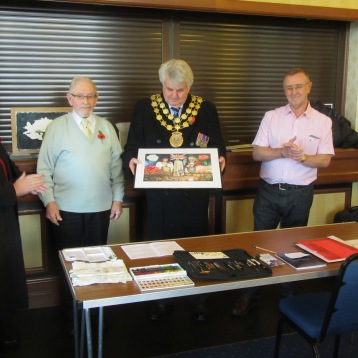 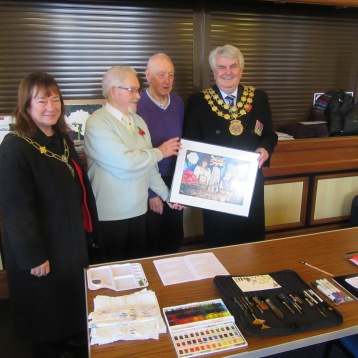 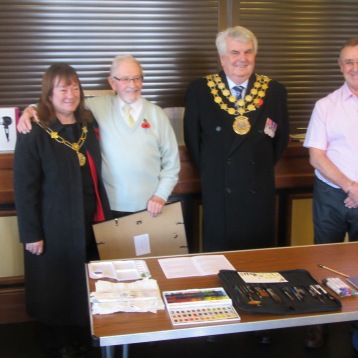 Ken had previously done two other paintings for the Mayor.